1.  His is a story that melts the hearts of even diehard Broncos fans. We know you Peyton-lovers are out there, dissolving into "aaawws" at Coleman's handwritten letter to 9-year-old Riley Kovalcik.

All black people listen to rap. All Americans speak English. All Swedish people eat Swedish fish. All Asians excel in math. Every culture is plagued by stereotypes, and Deaf Culture is no exception. “All Deaf people know sign language” is one of them.

Oh 2013, what a year you’ve been. You ushered in feel-so-good highs like the half-century anniversary of Martin Luther King’s “I Have a Dream,” and the weird new dance move named twerking (thanks, Miley). You welcomed the newest royal baby, and whisked away the souls of such notable figures as Lou Reed and Nelson Mandela.

Like millions of Americans, you or your child may have learned your ABCs from “Sesame Street.” Do you also remember actress Linda Bove, who added a humorous dose of Deaf Culture to America’s most beloved children’s show?

Will the #realinterpreter please stand up? Seattle outs their own #fakeinterpreter

With real-life plot twists that would make both the National Inquirer and The Onion covet its headlines, the #fakeinterpreter story continues to play on a world stage.

It just takes a sperm and an egg to make a kid, right? Basic biology. Yet some people have actually believed the myth that deaf people can’t have kids. What the heck? There’s several angles to this myth.

Brace yourselves. It’s that time of the year where you deploy every trick in the book to survive company holiday parties, family reunions, and awkward Thanksgiving roundtable chit-chats with heavily bearded or accented in-laws. Well, now we’ve got even more tricks to add to your book: Games!

A bartender recently told me a story: "I dated this Latvian girl when my Mexican accent was still heavy. I told her parents I was planning to go back to Mexico. They kept saying they were so proud of me." “I was confused. Later, they asked me: ‘So, what made you decide to go to medical school?’" 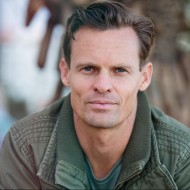 Above and beyond commitment to their patients. When they say they’re going to do something ... 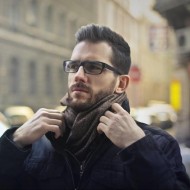 This is an amazing dental office. They really know how to make you feel comfortable and ... 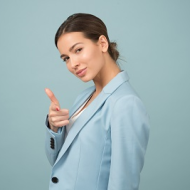 Thanks to this guys I got better, especially to Dr. Parviz Soomekh.
Great doctors and ... 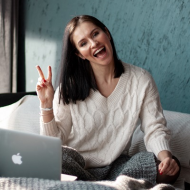 It’s a great place! The staff is extremely nice. The place is clean. They have ...