An Open Letter to Businesses Curious About Deaf Culture: For every person who comments that “sign language is such a beautiful language,” there is another person who thinks sign language looks … well, angry. That’s because no matter how beautiful the language really is, it is apt to be punctuated with quizzical frowns, intense hand movements, raised eyebrows, and other mannerisms.

To the untrained eye, all of these can add up to an appearance of anger.  Sometimes, it is anger: When a deaf couple argues, their hands raise higher and higher like a conductor raising an octave.

The more intense the signs, likely they are to be (mis)interpreted as angry. For example, watch this “Deaf Ninja” YouTube video. Focus only on the actor’s facial expressions (not the meaning of his signs). Notice that he switches from poker-faced, to angry, to bewildered, to frightened. Overall, the mood may feel angry – like someone stuck in a struggle.

Some things to consider, when you wonder if your deaf patrons are angry about your business – or not:

“Deaf people are so angry and militant!” is a common misconception attributed to those who are of the “Capital D” (associated with Deaf Culture) category. The word militant is associated with aggressiveness, thus anger – but in reality it must not be confused for anything except what it really is: Pride.

Lastly, sometimes it is an angry culture. Deafhood has come a long way since the Stone Ages of being unable to vote, work, buy property, and so forth. But like most minority groups, we still have a ways to go. That’s why some conversations reflect candidly on our shared frustrations: Communication barriers, a family that doesn’t sign, frustrations requesting equal access such as an interpreter to a doctors appointment, and more.

And of course, you can bet we’re angry when our iPhone crashes. 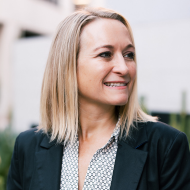 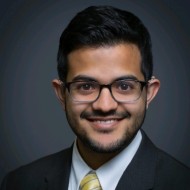